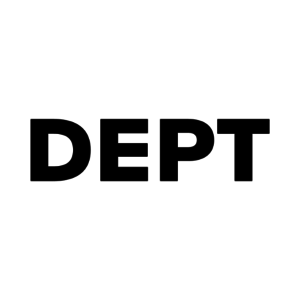 Hi, we are Dept - an international digital agency with over 1000 experienced thinkers & makers. One agency uniting creativity, technology, and data. Helping reinvent & accelerate your digital reality by creating experiences that people want and businesses need. www.deptagency.com

One of the hot topics at SXSW this year is Artificial Intelligence and its impact on humans, society and work. Deep learning evolved so fast the past year that there are numerous new applications and tools arising that benefit from and use this new technology. In the panel discussion, ‘AI the future of storytelling, ‘AI the future of storytelling‘, industry leaders discussed their take on the topic.

One of the most interesting stories around AI is the Portrait of Edmond Belamy, which was recently sold at Christie’s for 432,000 dollars. The painting, however, is not the product of a human painter. Its creator is an algorithm.

This raises an interesting question of how AI will impact creative work in the future and how the work of creatives will change.

WHAT IS AI ALREADY CAPABLE OF?

This development not only impacts visual art but also written words and music. In February 2019, Open AI released work samples that show computer-generated texts about a topic of your choosing. The sentences don’t sound perfect right now, but the implications for the future are huge. Douglas Eck, who’s a Principal Scientist at Google working in the areas of music, art and machine learning believes that in less than five years the technology will be sophisticated enough that students will no longer need to write essays on their own anymore. Just a few headlines, the right set of data and the AI will do the rest.

The Google Magenta research project aims to push the limits of what AI can do in the arts, with a focus on music. Their algorithm Performance RNN is trained on classical music and writes its own piano pieces – listen to a piece it wrote here. And if you want to discover the possibilities of AI in music you should definitely play around with the web-based applications you can find on Magenta. A personal favorite is the piano genie, which creates basic chords changes while you’re just pressing random buttons.

Heather Smith and her company Storyfile together with the USC Shoah Foundation used AI to preserve history. Using big data, they recreated the experience of having a one-on-one conversation with someone who lived through the Holocaust via a hologram. They managed this feat by compiling footage collected over a period of five days while filming for 25 hours to collect the answers to over 2,000 questions. Language processing makes it possible to create an interactive hologram and immersive experience. Take a look at New Dimensions of Testimony here.

Moreover, there are already cases where AI plays a vital role in the creation of a marketing campaign. In 2017 Nutella and their agency Ogilvy & Mather Italia created seven million unique jars with the help of an algorithm and sold them throughout Italy. At first, this sounds like an amazing idea and the jars looked quite nice – but that’s just the ones they used to build their case. There were also a few not so successful “ugly jars” found on supermarket shelves when Nutella attempted to adapt that campaign for Germany.

Another interesting case is the AI scripted commercial for Lexus. For this video ad, their creative agency The & Partnership London, along with technical partner Visual Voice worked with the IBM Watson team to analyze fifteen years’ worth of footage, text, and audio for award-winning car and luxury brand campaigns. But it’s not like AI did all the work. It identified the key elements labeled as “emotionally intelligent and entertaining”, formed the script flow and outline, which the agency then used to form the story.

WILL ALL CREATIVES BE OUT OF WORK?

The Nutella example already highlights one of the biggest downsides to AI, which is that it will never be able to truly choose. What you put in, you get out is how Heather Smith puts it. This means that AI heavily relies on the data set it is given by humans and can only create new things relative to this data. Lance Weiler, who’s a founding member and director of the Columbia University School of the Art’s Digital Storytelling Lab, says the creative work of AI follows the rules of sampling with an uncertain outcome. To ensure good results it always has to be curated by a human. Also, the example of the Lexus commercial shows no real surprises. It’s a typical car commercial which hardly differs from any man-made advertisement.

The role of AI in our daily life will definitely increase in the future, but that’s nothing to be afraid of. It’s a new tool which can help us process large amounts of data, give inspiration and take care of boring tasks. But we need to learn how to harness it. Like the invention of cameras and electric guitars, it will change the possibilities of creativity and create new possibilities. But in the end, it won’t work without human assistance and it can never create something truly new.